A new study by researchers from Waseda University and the University of Tokyo found that orbital ordering in a vanadate compound exhibits a clear nucleation-growth behavior. 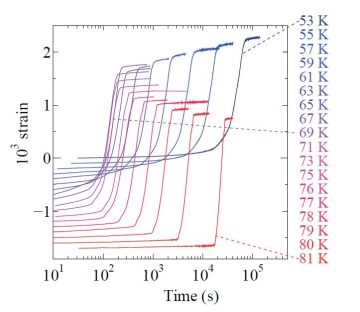 “We believe that this is the first observation of its kind, where electrons in an inorganic solid created two soft phases similar to vapor and water, and where a nucleation-growth behavior was observed due to the surface tension created between the phases,” says Takuro Katsufuji, professor of physical sciences at Waseda University and principal investigator of this study. <Readmore>

The researchers published their peer-reviewed findings in Nature Communications on May 11, 2020.