Announcement of the 8th Waseda IARBD seminar “What are uncultivable microorganisms?” 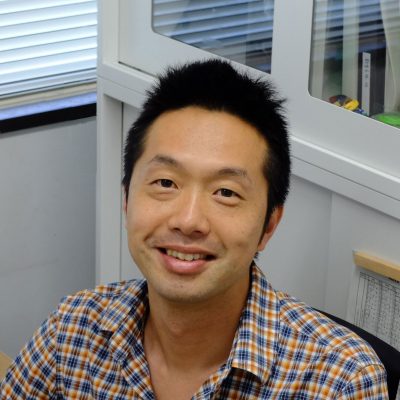 The 8th seminar of the Waseda IARBD seminar series was a lecture by Yoshiteru Aoi, Associate Professor of Graduate School of Integrated Sciences for Life, Hiroshima University, Japan. The lecture title was “What are uncultivable microorganisms?”.

Dr. Yoshiteru Aoi is an Associate professor of Unit of Biotechnology, Graduate School of Integrated Sciences for Life at Hiroshima University. He received a PhD in Engineering from Waseda University in 2003 under supervision of Professor Akira Hirata and Satoshi Tsuneda (Dept. Chemical Engineering), focusing on microbial ecology in wastewater treatment processes. He then worked at the same place as a postdoc from 2003 to 2006, and as an Assistant professor of WIAS at Waseda University from 2007 to 2009. He conducted research at Northeastern University (Boston) in Epstein Lab from 2010 to 2011 as a JSPS research fellow abroad. He was appointed to tenure track lecturer in ISSD at Hiroshima University from 2012 to 2016. Then, he was appointed to Associate Professor from 2017 to the present. Since his postdoctoral research, he has continuously been focusing on the microbial uncultivability.

Although highly diverse microbial consortia exist in natural environments, it is generally recognized that most microorganisms are not readily cultivable in the laboratory. Thus, a majority of them remain untapped, unknown, and unused, regardless of their huge potential. Although several new cultivation methods have been developed, truly innovative (conceptually new) methods are lacking. In addition, understanding why most microorganisms do not grow in culture (resist cultivation by conventional methods) could result in a breakthrough for cultivating hitherto uncultivable microorganisms. However, reasons for this resistance to cultivation have never been clarified thus far (it is also uncertain whether such common reasons exist). Our group is focusing on 1) to bring about innovations in cultivation technologies, 2) develop cultivation methods for environmentally important but uncultivable microbial types, and 3) to elucidate the reason why most of environmental microorganisms resist cultivation, also known as the “great plate count anomaly”.

In this lecture, I am going to talk about our recent progress on developing microbial cultivation methods especially focusing on impact of microbial interactions on the cultivation of uncultivated.

Organized by the Institute for Advanced Research of Bioscience Dynamics (IARBD)